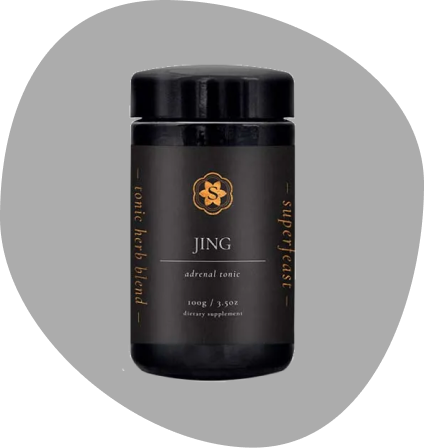 SuperFeast is a family-owned company based in Australia, specializing in medicinal mushrooms and tonic herbs. With a growing online business, the company looked to expand its audience: both to build awareness and connect with a wider global audience, particularly in the health-conscious United States, and create new e-commerce customers.

SuperFeast had been trying to launch in the American market for the last five years. In mid-2020, they appointed a manager for the specific market. However, as with most product launches, the manager was busy with several new-market activities, such as FDA regulation, import taxes, customs regulations, and packaging and label creation. No time was being spent on crafting a strategy for winning new customers in the competitive US market. Covid-19 also meant borders were closed to Australians, meaning that there would be no opportunity for SuperFeast to do their own in-person market research.

Even tough challenges, though, have solutions when the parties involved are willing to be flexible and creative. For SuperFeast this meant finding on-the-ground eyes, ears and expertise to help with US-based marketing planning and go-to-market strategy. How better to do this than by partnering with marketing consultancy firm, Mind The Gap, with whom SuperFeast already worked, and Anderson University, Falls School of Business in Indiana, United States.

The process of launching a business in the US was so much more complex than we ever imagined. [SuperFeast] tried for about five years. I didn’t even have marketing on my radar, we were busy gathering data and setting up the structure. So when Anderson University came on board we said YES!

Covid-19 created problems not just for launching new global business but also for universities worldwide. Anderson University was no exception. The university could not operate as normal, with in-person classes being allowed but only with social distancing rules in place, and with professors being required to provide a completely virtual attendance option for students. Creating an optimal learning environment became more challenging than ever.

We had to be ready to be online at any given moment, which made it impossible to plan classes. And I was especially concerned about my Global Marketing class, as I didn’t want to be forced to rely on textbooks, and minimal student interaction. I wanted my students to actually understand what went into a new-country product launch.

Mind The Gap had already begun working with SuperFeast on digital marketing strategy when a cooperative solution presented itself to manage the “American go-to-market” challenge.

Mind The Gap leveraged a connection they made with Anderson University and were able to link up one of the university’s global marketing courses and their professor with SuperFeast for a semester-long collaboration. During this collaboration, Anderson University marketing students were able to get hands-on, real-world experience, and SuperFeast thus got a dedicated team of creative minds in their target market working to solve their go-to-market questions and issues.

The collaboration lasted four months. Rather than assign a typical semester-long academic project, Mind The Gap offered to help bring the project to the next level and sponsor a competition. The eight students were divided into two teams of four, and tasked with two research projects:

Understanding the values and promotional strategies for an American audience
Assessing the competitive landscape for the medicinal mushroom and herbal tonics markets.

SuperFeast sent free products to the class so they could have full knowledge of the various product lines as well as US-specific packaging.

To top off the experience, the winning team would be offered gift card prizes and the chance to interview with SuperFeast for an internship role to implement their ideas.

In collaboration with Professor Shaw, Mind The Gap helped create custom lectures on cultural differences between markets and best digital marketing practices. To facilitate initial market research, Mind The Gap also sponsored a survey to which students could submit questions on what they thought was the most crucial information to gather from the US alternative health market.

Are you looking for local market expertise?